A NATURAL amphitheater, 87 accommodation units and outdoor sports facilities are included in a masterplan for a huge site on Stradbally Road in Portlaoise, which came out for public consultation this week.

People have until October 25 to submit proposals on the Tyrrell’s Land plan, which reached public comment on Monday, September 27.

A total of 87 residential units, as well as significant open spaces and amenity areas, are planned for the important heritage site, located behind the Portlaoise ridge esker and next to the Parc du Peuple.

A natural amphitheater integrated into part of the esker is proposed, while the stone gazebo on the crest of the esker will be retained. There will be a ‘sensible treatment’ around the protected structure of Portrane House, with a tree-lined path leading from the house to the new residential development.

The 26-acre site, which has a wide frontage on the road, was purchased by the Laois General Council for 1.4 million euros in 2019. It was the former home of the Tyrrell family, well known for his long-standing veterinary practice, his equestrian interests and involvement in local voluntary and charitable organizations.

The land enjoys a key location near downtown and has three separate zonings for “new residential project”, “open space and amenities” and “community, educational and institutional”.

Only five acres of land are considered suitable for habitation due to flooding areas, mature woodlands and the protected esker ridge.

The inclusion of multi-story apartments sparked opposition from elected officials in Portlaoise when the master plan was unveiled to representatives of the public in August, with designers being urged to return to the drawing board on this aspect of the plan.

A nature exploration area, plantation and wildflower meadows and a dedicated playground with play equipment are also being considered. The outdoor sports facilities would include a full-size soccer field for several sports, with an observation pavilion, a full basketball court with three smaller basketball courts and a multipurpose plaza, but it there is no provision for an indoor gym.

The observation pavilion would include a café with an outdoor seating area, public restrooms and changing rooms. The park and amenity area is designed for easy access from the three nearby schools.

The site is described by the council as having “enormous heritage value for the city and the county”, which the master plan aims to protect and present.

The master plan was developed by the council, working with a multidisciplinary design team, and was informed by prior consultation with stakeholders and the local community.

The council says it wants to “capture a diverse set of opinions, experiences and ideas that are representative of the local community” as it invites submissions that will help shape the development of the master plan.

The council says its “ambitious vision” for the land can be summed up as follows:

“Creation of a new sustainable residential community, as well as high quality passive open spaces and active community area for the benefit and enjoyment of all who live, work and visit Portlaoise.

“The masterplan seeks to integrate and connect the new sustainable community with the city of Portlaoise, the People’s Park, the surrounding residential areas and the existing natural and built environment in a sensitive way.

“The master plan incorporates a mix of residential units, responding to local housing needs, and has been designed to ensure that it will be resilient and respectful of relevant economic, social, environmental and climate considerations.

The implementation of the plan will depend on several sources of funding. The masterplan can be viewed online at consult.laois.ie and submissions can be made until 5 p.m. on Monday 25 October.

Submissions and comments can be made by email to [email protected] or by letter to Senior Planner, Laois County Council, Áras an Chontae, James Fintan Lalor Avenue, Portlaoise, Co Laois, R32 EHP9, with all correspondence marked “Stradbally Road Masterplan”. 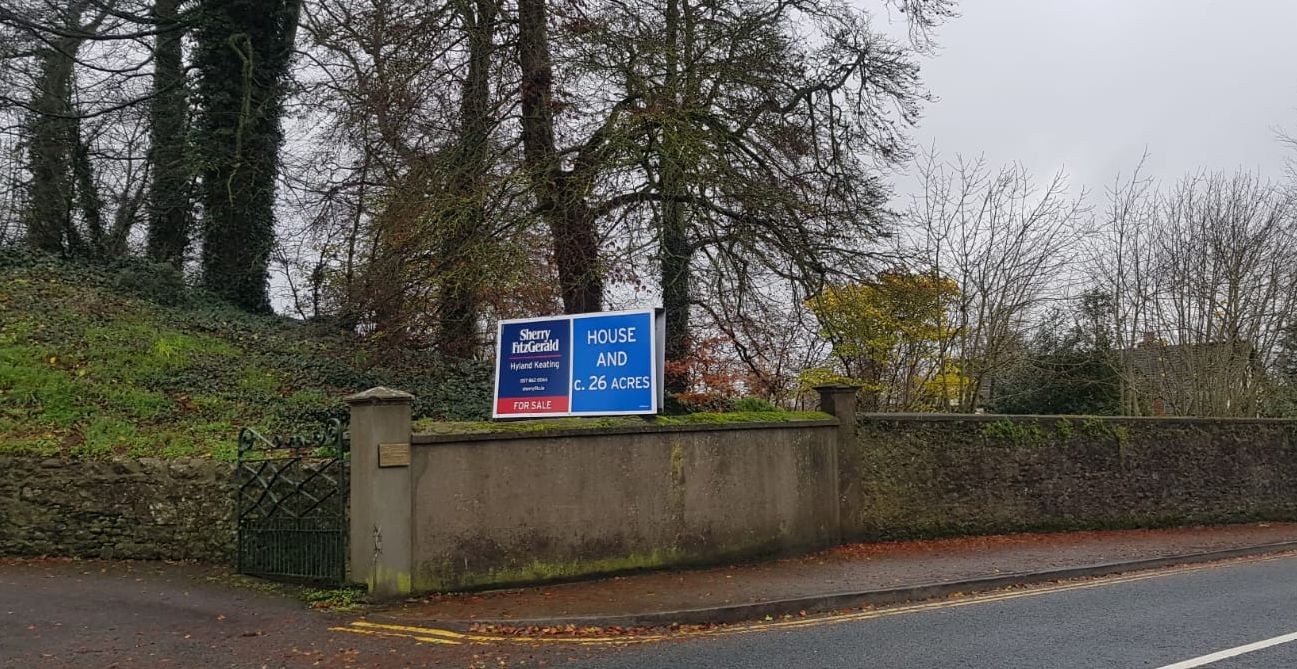 The Tyrell’s Land site in Portlaoise, shortly before its acquisition by the General Council of Laois for € 1.4 million in 2019 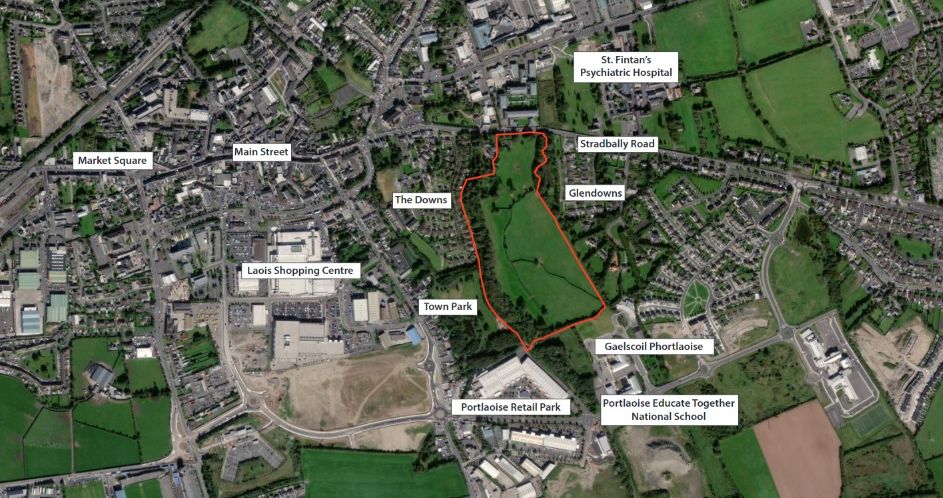